A Wander in the Land of Stone 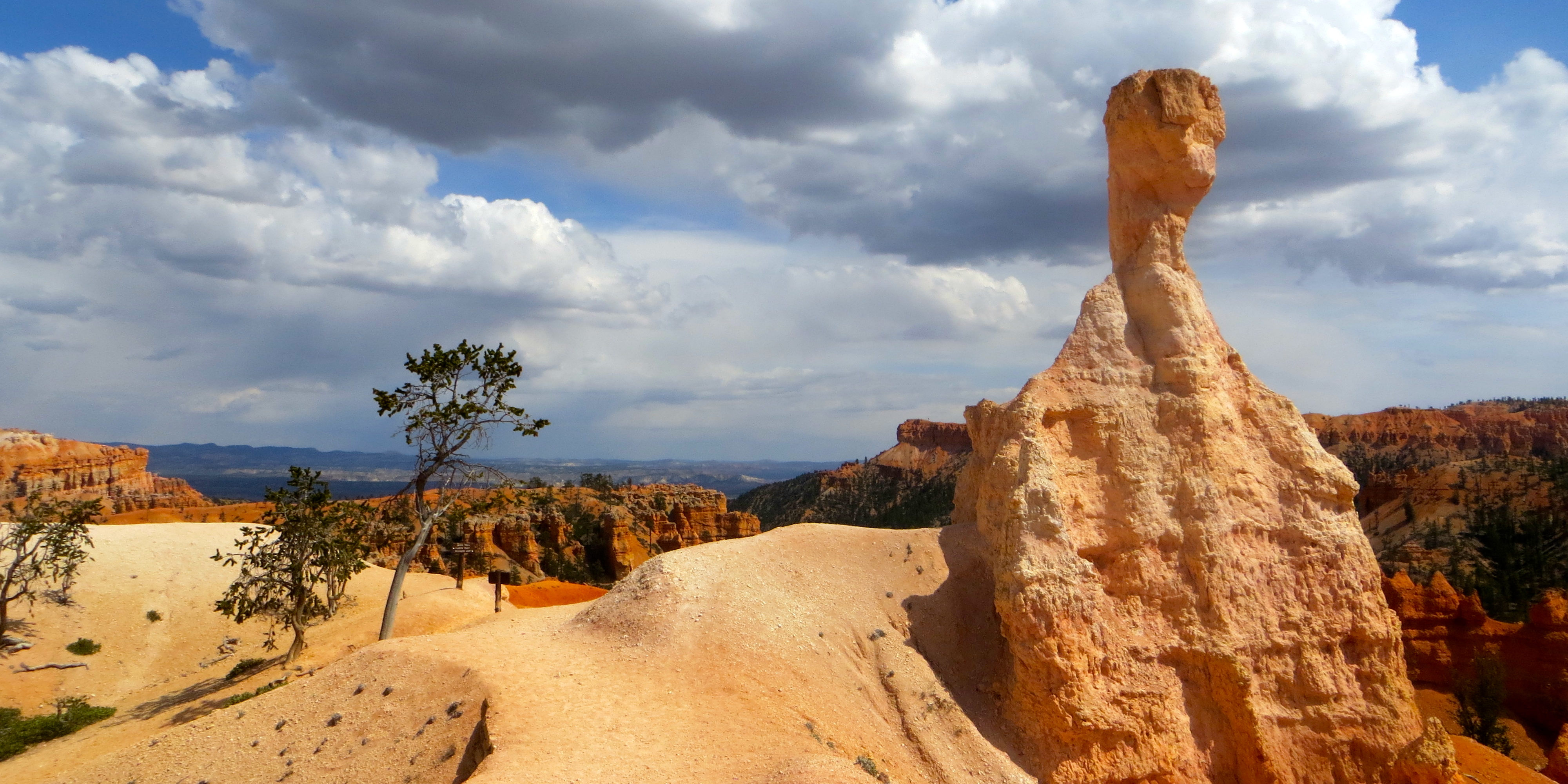 I’m going to take you with me on one of my solo hikes in our beautiful Bryce Canyon National Park. I hadn’t actually even heard much of this park before, and we weren’t planning to go there, but…we found ourselves driving close by…though first stopped at a stunning red rock national forest. We were both spellbound by the beauty but the visitor center’s ranger smiled and said, “You could easily spend your entire day here. But, I say get in your car, drive another 10 miles and go to Bryce Canyon National Park.” His eyes beamed with a special sparkle. We knew it was wise to heed the words of this national forest ranger and on we went….to one of the most magical lands I’ve ever encountered.

Bryce Canyon – land of Hoodoos (tall spires of stone) – is breath-taking, stunning and otherworldly on the rim, though the real magic and experience of opening to the stone spirits and letting their presence permeate your being and imagination lies in entering the canyons. One must descend down into the land of red, orange, and pink sands and stone, feel and witness the shifting sun light, the ever-changing clouds and shadows and glows in this extraordinary land.

On one morning, I decided to take a solo hike through the area called “Fairyland.” And oh it was like entering into another world….a highly spiritual and sacred terrain, quiet, yet so so alive! Magic unfolded with each curve in the trail, descending down and winding through these hoodoo lands. It was actually such an international, timeless – all time experience, as I saw and encountered beings of all different religions, cultures, and time periods while walking….walking in awe.

There was a palpable stillness…one of the gifts of Stone…and it helped still my mind to receive Nature’s gifts. At one point in the early morning light, I turned a corner and the canyon opened up in ways that looked like the Greek Parthenon….walking through ancient Greece with grand columns, silent gods and goddesses… yet it is all Beauty of Mother Nature. As I continued I passed an African market place with 3 beautiful African Mothers walking, singing, talking– yet all in timeless stillness through the stone. I continued and the sky darkened with rain clouds.

As I hiked up one canyon wall and turned to descend into the next layer, I looked up to view the clouds in the distance and what I saw pierced my heart in awe. Looming high and in the distance was a massive stone formation that immediately shown of the largest Tibetan monastery in Lhasa!! Oh my goodness!!! How to express in words the amazing magic of our Earth Mother!! I often cry with such a deep joy when in nature. I continued walking, feeling more and more Blessed and being Filled with such Awe and Love…I walked and saw more treasures….I passed by China’s Terracotta Warriors; I saw the Chinese Goddess Guanyin meditating next to Ethopian Goddess who was looking up at her, serenading her. Then in one many mini canyons an Ancient Venus Goddess, a praying Buddha and African Mama Goddess all emanated their timeless teachings. Everywhere I saw meditating teachers, LaoTzu – the father of the Dao de Jing….and even saw one of my dear friends, Mick Dodge’s favorite teachers, a giant banana slug that was smiling down at me! 🙂

As I turned one corner, a canyon opened wide and I saw a most exquisite image….one of a young, regal Egyptian princess sitting tall with a “parade” of beings, all lined up behind her….it was like a procession of beings, some with looks of expectation on their stone faces, some burying their heads in the shoulders of one in front of them, some whispering secrets to each other.

Such beauty and Magic! I am so so so grateful for our wild lands, for our stones for the gifts of Aliveness, Being and Stillness nature shares. 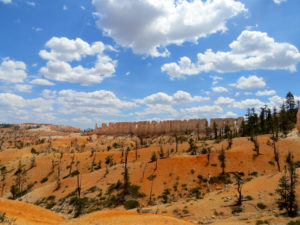 Listening & Receiving ~ 4 Pillars for Moving Forward in a Harmony Way on Our Planet
December 1, 2018